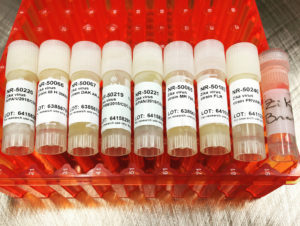 The latest Zika virus news from the ConTWiVstadors, including a case of female to male transmission, risk of infection at the 2016 summer Olympics, a DNA vaccine, antibody-dependent enhancement by dengue antibodies, and sites of replication in the placenta.

This episode is sponsored by CuriosityStream. Get two months free when you sign up at curiositystream.com/microbe and use the promo code MICROBE 1:02:25