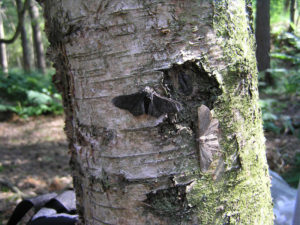 Nels and Vincent review experiments showing that the replacement of a pale moth with a black one during the industrial revolution was caused by a transposable element.

This episode is sponsored by CuriosityStream, a subscription streaming service that offers over 1,400 documentaries and non­fiction series from the world’s best filmmakers. Get unlimited access starting at just $2.99 a month, and for our audience, the first two months are completely free if you sign up at curiositystream.com/microbe and use the promo code MICROBE.

Music on TWiEVO is performed by Trampled by Turtles

Send your evolution questions and comments to twievo@microbe.tv

Become a patron of TWiEVO

One comment on “TWiEVO 10: Spicing up peppered moths with a selfish gene”