I am an avid listener of your amazing podcasts. After listening to your recent TWIV episode #832 I realized you might be interested in hearing about my smallpox vaccine adventure.

A few years ago I stopped at the garage sale of a retired nurse who had worked  at Lederle Labs in Pearl River in the 1950s and 60’as. I was picking out some antique medical equipment and we started to talk. She then ran into her house and brought out a framed collection of old glass syringes filled with various vaccines samples. One was labeled “Virus for Smallpox Prevention”.

She explained that she had pulled this collection out of a dumpster at Lederle Labs in Pearl River during the 50’s when they were renovating their buildings. It had been hanging on a wall in one of Lederle’s administrator’s offices. She brought it home to hang on her wall, where it had been ever since.

She assured me that there was no risk of disease transmission, so of course I bought this very interesting piece of vaccine history to give as a graduation gift to  my daughter, who had just received her Bachelors Degree in Public Health.

Because of the sample labeled “Vaccine Virus for Smallpox Prevention” we decided to call the CDC, thinking that we needed to get information from someone with a little more expertise before hanging it on a wall in our home. The representative who answered the phone at the CDC was not particularly concerned. She nonchalantly suggested that if I would like I could call my local health department.

The local health department quickly called Albany, who sent a hazmat truck and two physician researchers to pick it up. (They’re in the photo below). They loaded it up into their hazmat truck, although as you can see from the photos they handled the framed samples without any protective gear. They drove it back to Albany, where they were instructed to have it destroyed. They were equally as disappointed as we were that the state decided to destroy all of the samples that were in this historical display, not just the samples labeled Smallpox!

From our understanding, the potential risk was derived from the fact that we didn’t know which smallpox vaccine candidates were being developed by Lederle Labs, nor did we know the stage of vaccine production this liquid filled pipette was from, so there was no way for us to know definitively what the pipette labeled “vaccine virus for smallpox prevention” actually contained.

We would love to hear your perspective on the fact that this was thrown into a dumpster, and what the actual risk could have been if this display had broken and it’s contents had spilled.

Fast forward three years and my daughter now has her Masters degree in Clinical Microbiology and Infectious Disease! 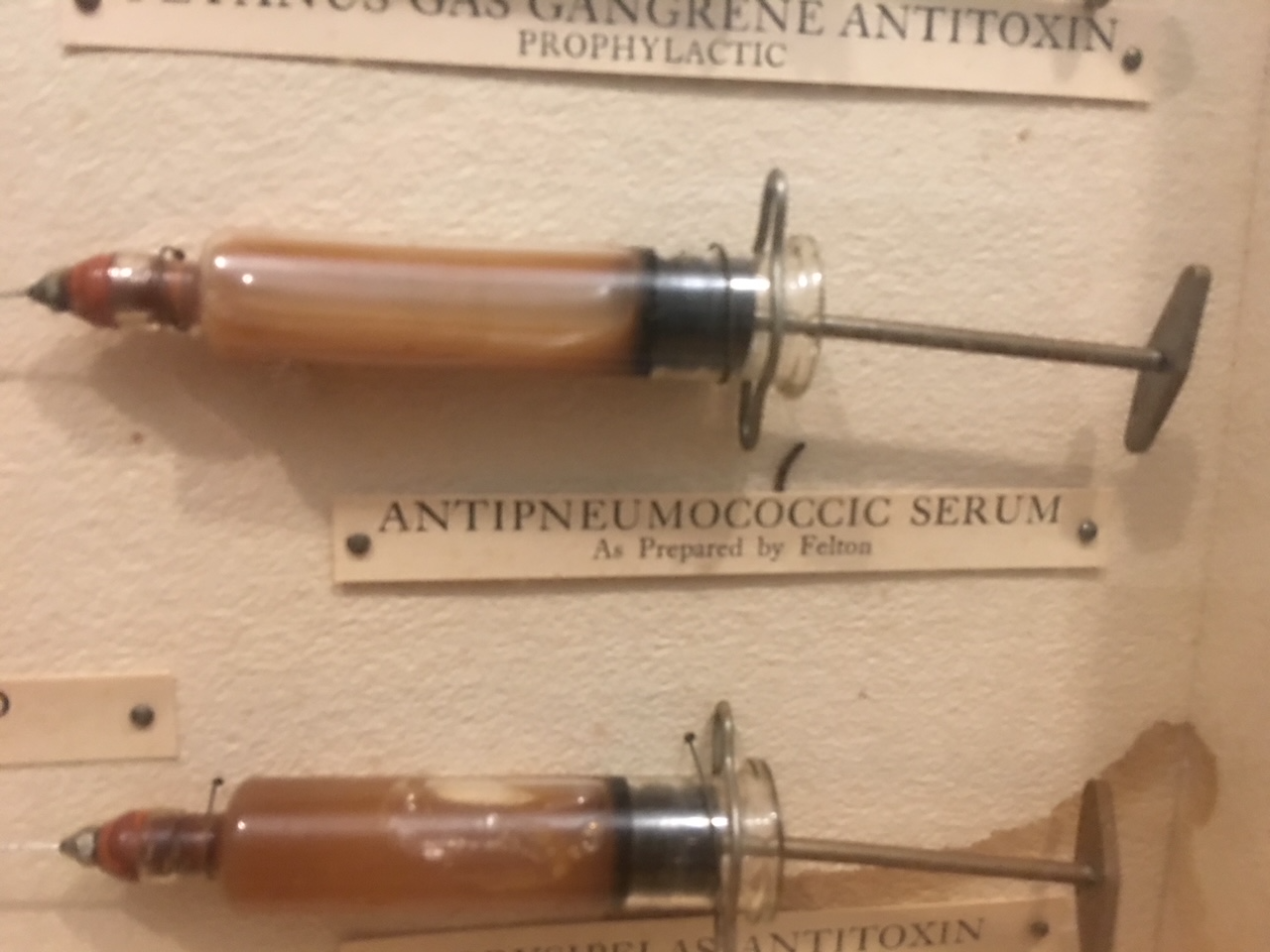 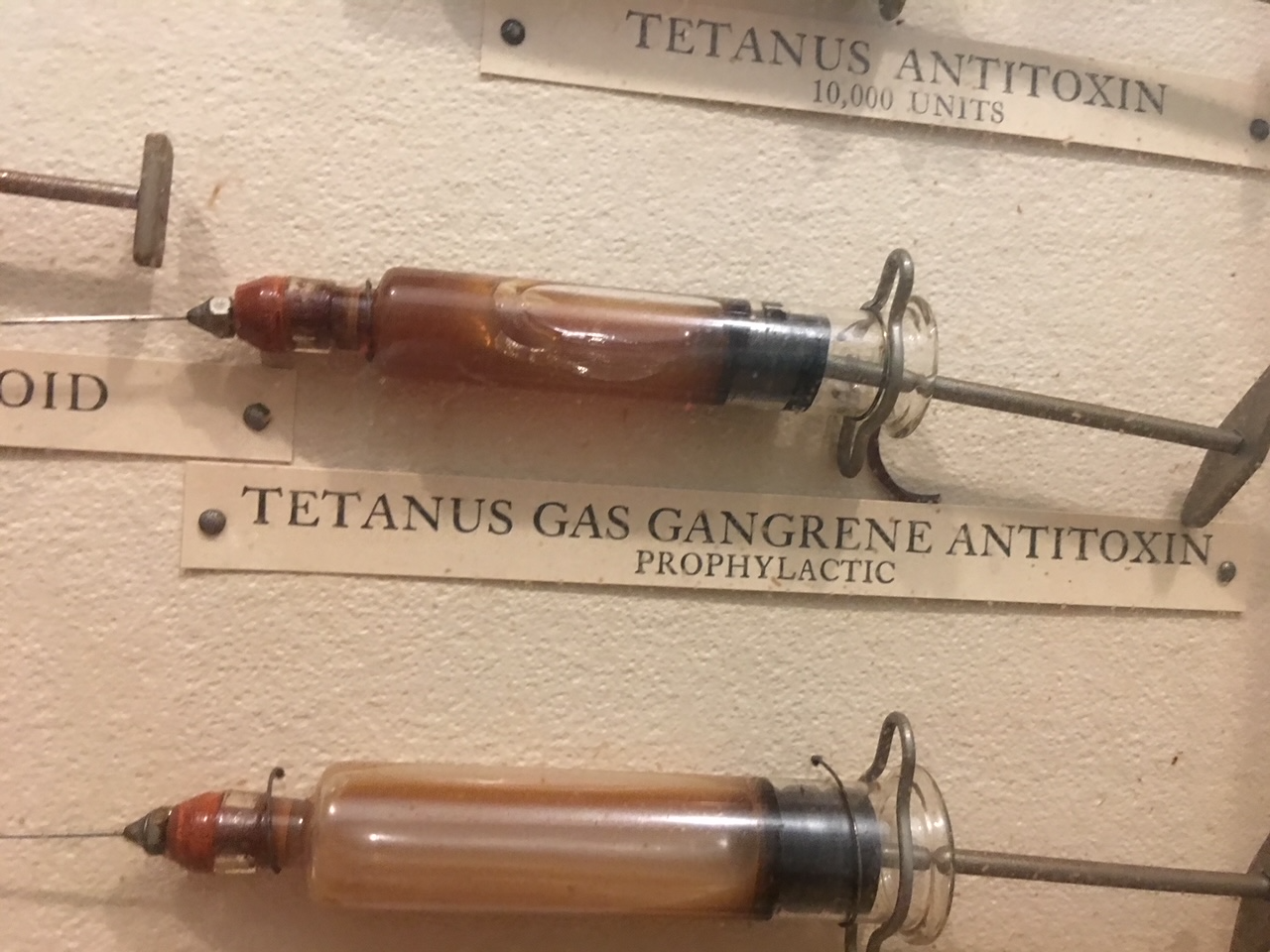 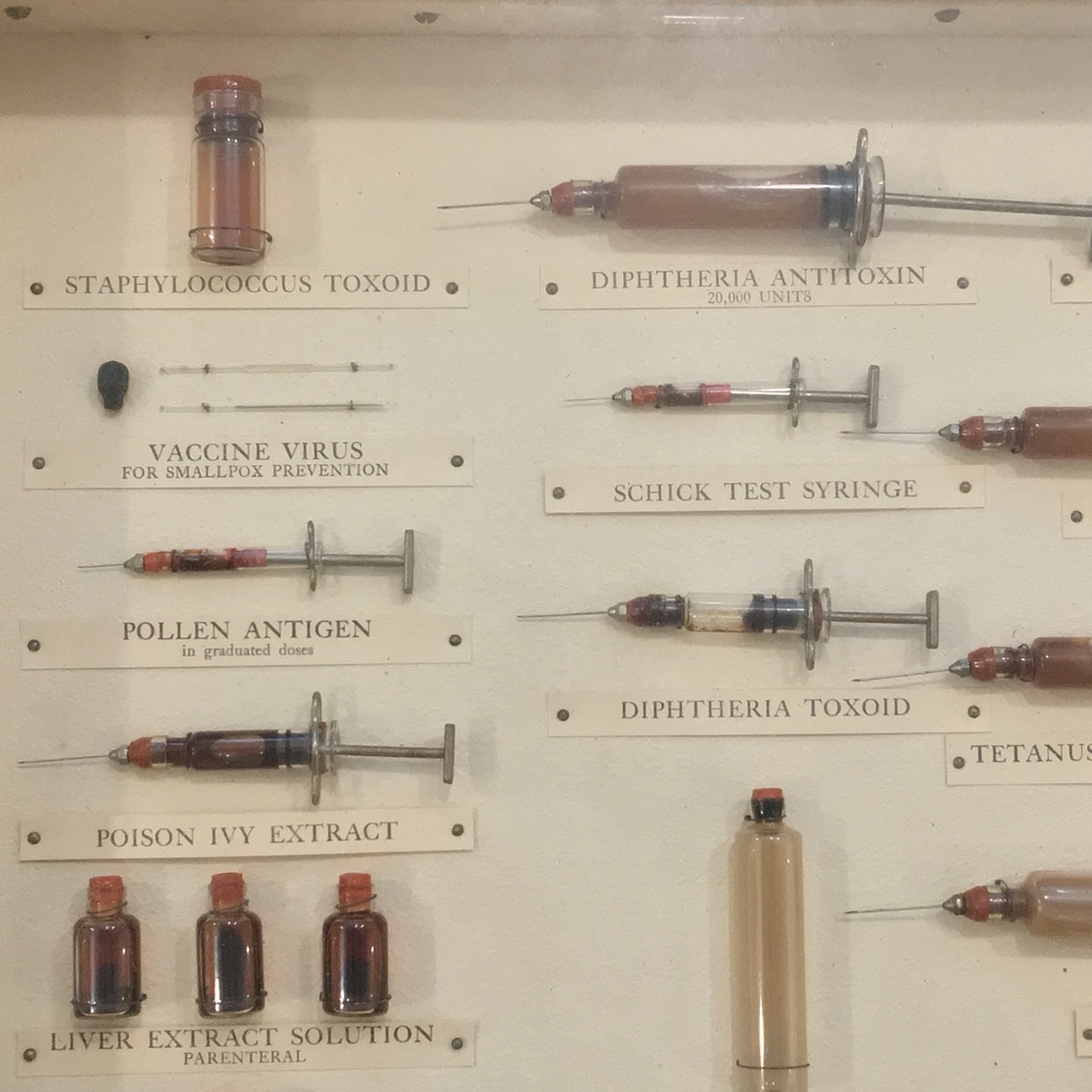 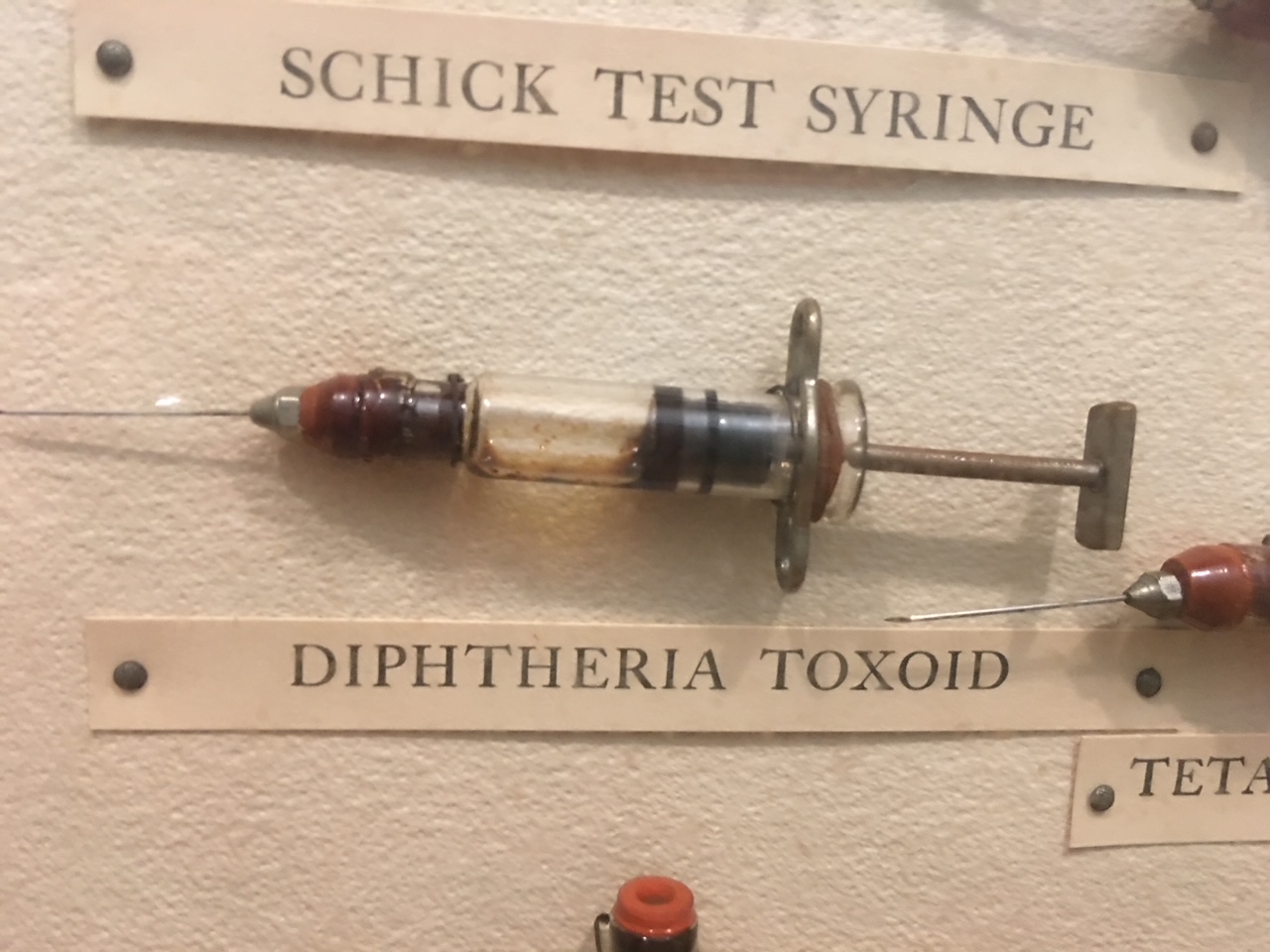 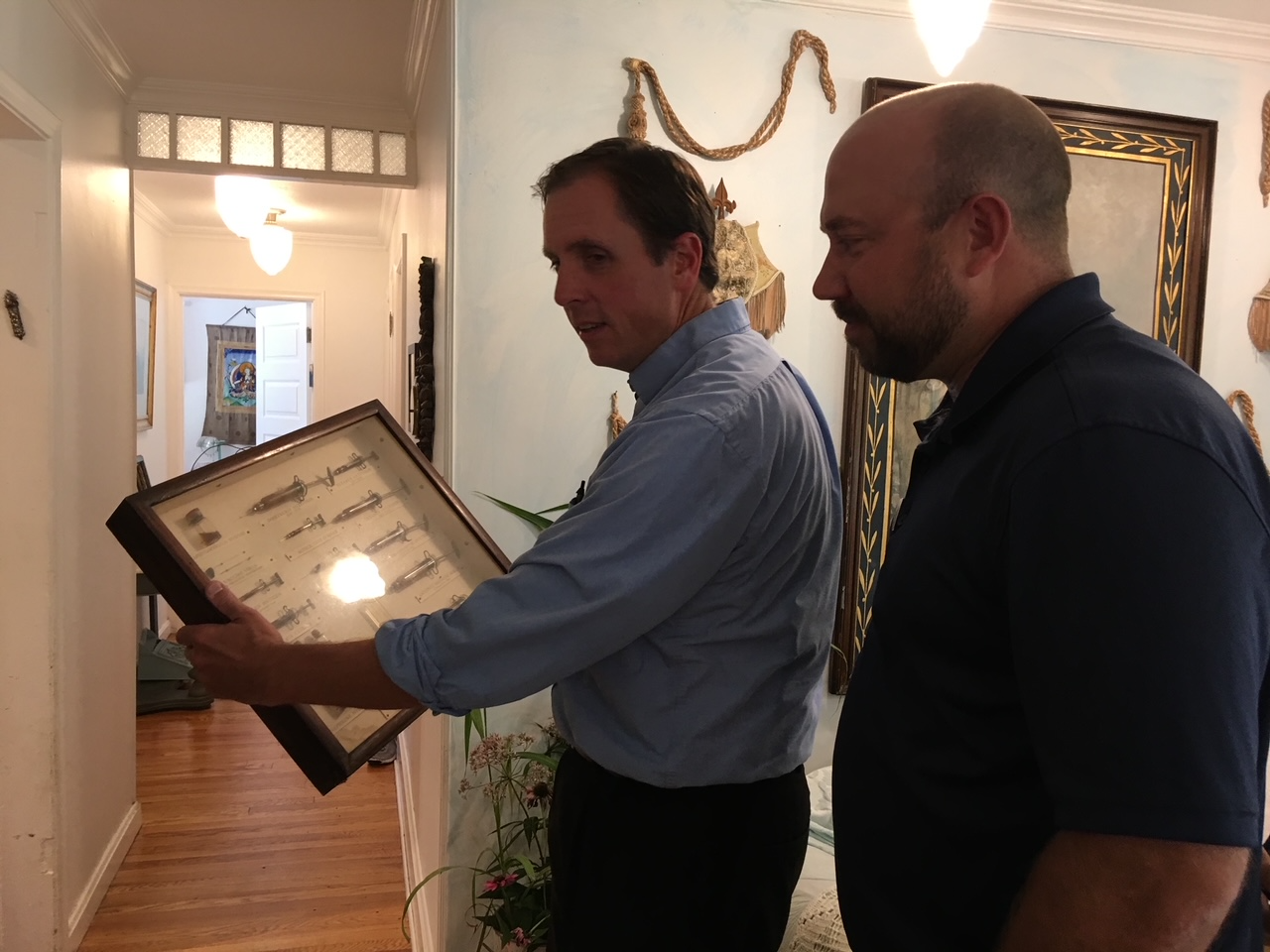 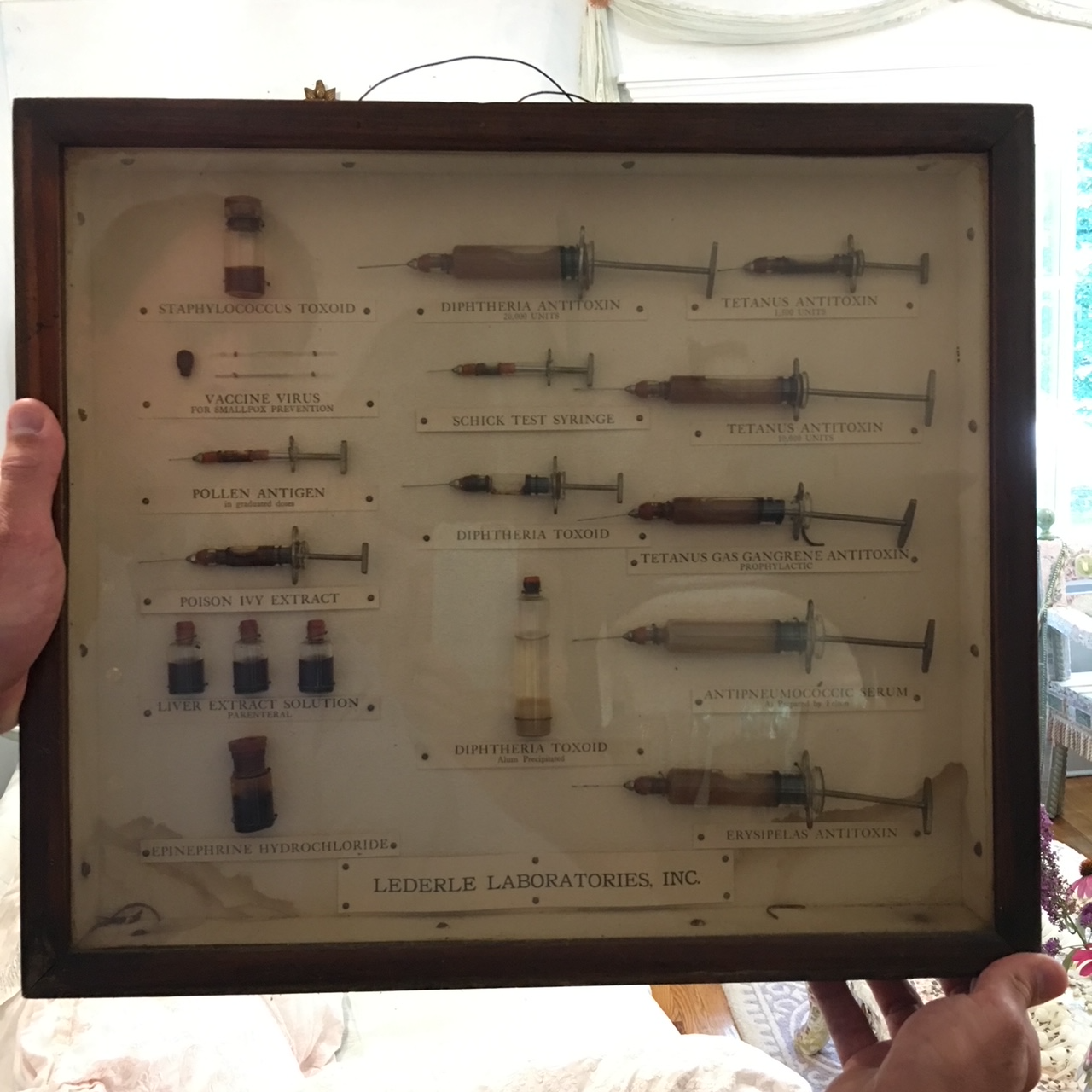 Martin Chaplin’s website on the science of water (over 5,000 references and has been online since the year 2000):

He has (apparently, nearly single-handedly) assembled an encyclopedia on the biological and physical understandings of water. This includes a trove of summaries with numerous references on the hydration of biological molecules (nucleic acids, protein, lipids) and how water plays many roles in biological systems. One piece of information that I was unaware of was the molecular effects of “anti-freeze” proteins, that prevent the crystallization of water (ice formation) in organisms like fish that live in cold water environments.  In any case, don’t forget the role water plays, you are around 50-65% (https://en.m.wikipedia.org/wiki/Body_water). Proteins and RNA are cool, but water is too! You are not just a strolling skeleton attached to flesh containing little protein/nucleic acid lipid bags inside them, many of those bags have on average 70-75% water content (https://www.ncbi.nlm.nih.gov/pmc/articles/PMC6457474/). We really are aquapeople. From the oceans.

In any case, check out the table of contents of Martin’s site and I hope you have hours to read about water since it is fascinating.