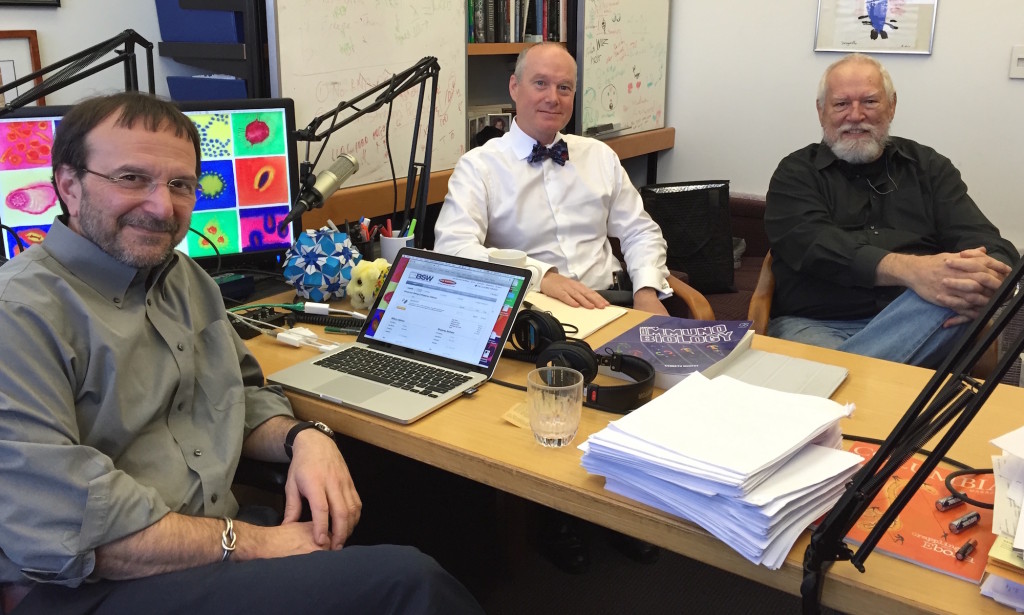 This Week in Parasitism (TWiP) is a podcast about eukaryotic parasites started by Vincent Racaniello and Dick Despommier. Daniel Griffin, MD joined the team in January 2015 and added not only his expertise in infectious diseases, but began a new feature of TWiP, the case study. Each week Daniel presents the symptoms and signs of an interesting case that he has investigated during his work, without identifying the infectious agent. Listeners are encouraged to send in their guesses to this weekly infectious disease mystery. We call this new change ‘TWiP reboot’.

The TWiP trio strives for an informal yet informative conversation about parasites which is accessible to everyone, no matter what their science background. As science Professors at Columbia University, Dickson and Vincent have directed research laboratories focused on parasites and viruses. Their enthusiasm for teaching inspired them to reach beyond the classroom with new media. TWiP is for everyone who wants to learn about parasites in a relaxing way.

Music used on TWiP is composed and performed by Ronald Jenkees and used with permission.